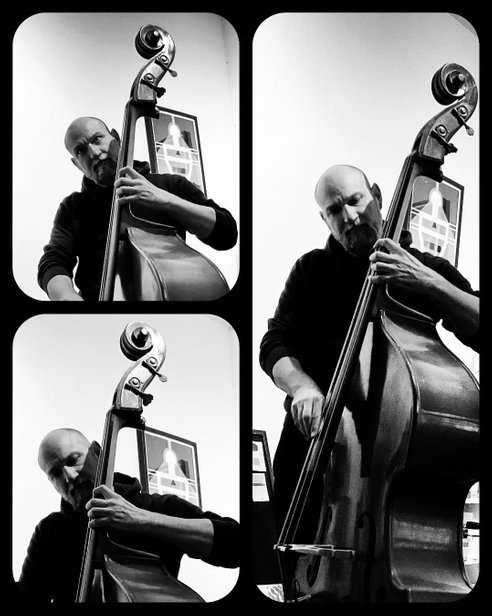 I grew up in an artistic family where vernissages & concerts were part of the daily life.

Son of a Swedish mother and a Swiss father I was early influenced by both the Nordic & the Swiss multilingual society.

This has made an impact on my life choices.

In 2006 I graduated as bass player & got my bachelor from the International Music College Freiburg (Germany).

With a father who played the double bass and worked with free improvisation, I learned a lot about the instruments possibilities. The desire to make musical experiments grew,

and that’s why I wanted to explore new ways and genres, and worked with different musicians, such as:

and I have several critically acclaimed releases with:

The free improvisation has followed me my entire career, and it has characterized and affected my way of bass playing  & living.

The result of this is my solo work and the co-work with several artists from the dance-, poetry and drama scene.

In 2014 the co-work with artist Agnes Skipper (Danish painter) started.

We both needed a space to combine different kinds of art in a free environment, and the idea of NUMAS IGRA emerged.

In 2016 we started our own gallery in southern France.

In February 2018 we opend our Atelier / Gallery / Showroom in Basel (Switzerland).

A place where the only limit is your imagination!